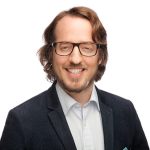 On Day 1 I moderated great conversations about…
• building resilience in the blue economy, with Richard (Rick) Spinrad and Ko Barrett
• creating innovation alliances for the ocean economy, with Torsten Thiele, Ted Janulis, Philipp Stratmann and Julie Pullen
• technology for understanding changes in the Arctic, with Joel Heath
• harnessing the power of deep blue carbon to mitigate climate change, with Matthew Eisaman and Anya Waite
• boosting sustainability and revenues with big data and predictive analytics, with Cooper Van Vranken, Liz Ferguson and Gregory McNeal

A highlight was Prime Minister Justin Trudeau joining the closing panel on the future of ocean conservation.

On Day 2 I had the privilege of interviewing Victor Vescovo, co-founder emeritus and operating partner, Insight Equity, about space and the ocean. I learnt a lot about the similarities and differences between space exploration and ocean exploration, and how ocean observation needs to accelerate in this decade.

We also announced the winners of the World Ocean Initiative’s Ocean Changemakers Challenge:

Congratulations to the three winners for their great business ideas to support the sustainable ocean economy!

The winners will be mentored by three fantastic and experienced mentors:

Read more about building a sustainable ocean economy from the World Ocean Initiative.

More on the ocean economy: